Unlikely Inspirations
and the DOURO at the centre of EVERYTHING

Raiva is not just the civil parish where our restaurant is located. Raiva and the Lower Douro region are home to some unique regional delicacies. A simple, relaxed cuisine, inspired by the River Douro from its source. But Raiva (which means "anger" in Portuguese) is also an emotion. The agitation and restlessness that drive the search for innovations, reinterpretation and unlikely choices for this menu. It is not easy to choose between the typical dishes of the region or those created by Chef Dárcio Henriques. If you can't make your mind up, order the tasting menu. 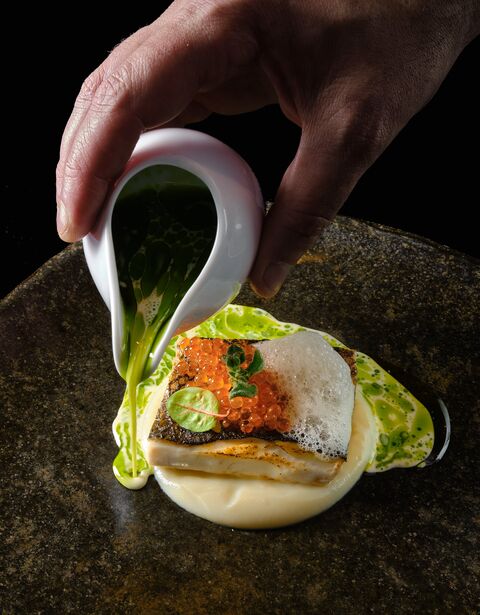 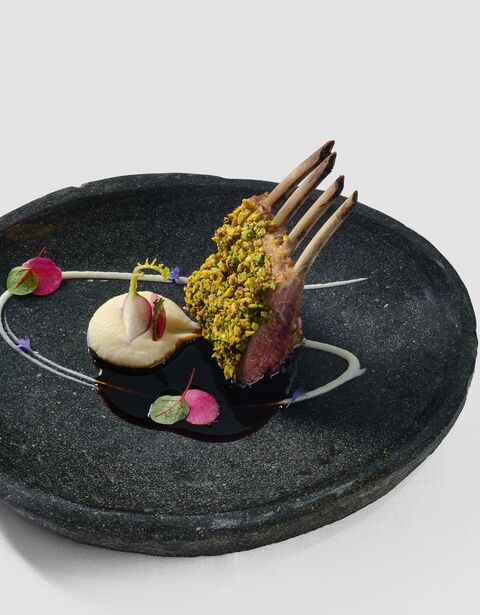 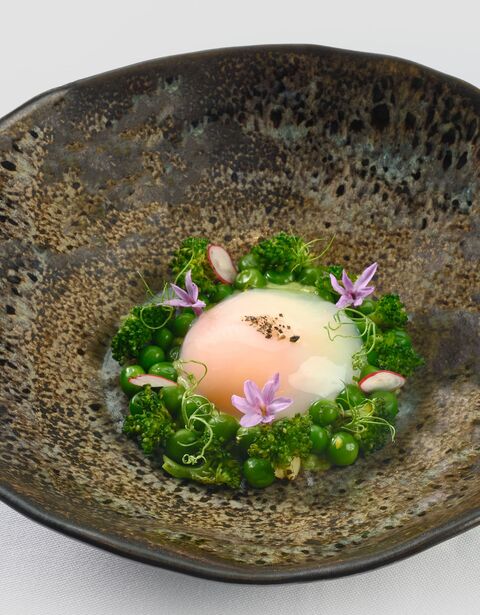 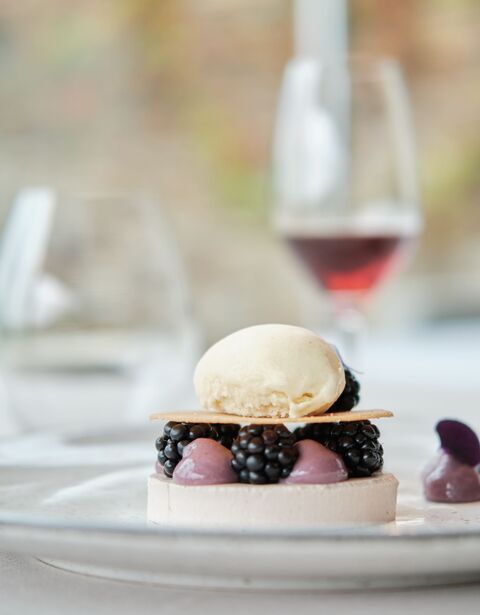 The RAIVA restaurant is selected by the 2023 edition of the MICHELIN Spain and Portugal Guide.

A journey through the most important eno-gastronomy region in the world. The Douro rises at an altitude of 2000 metres in the peaks of Urbión in the interior of Spain near the city of Soria. Its climatic diversity and landscapes make it the most interesting river in the world, both for its gastronomy and for its wines. At its source we find the DO Ribera del Duero, the most prestigious wine appellation in Spain, followed by three more DOs (Cigales, Toro and Arribes del Duero, the last located in a biosphere nature reserve). In this part of the river we find one of Spanish cuisine's most interesting flavour-dry-cured Iberian ham. In Portugal, too, Douro and Trás-os-Montes wines continue the tradition of great wines, as well as Vinho Verde and Port Wine — the first appellation of controlled origin in the world.
But there's more! As well as wine, we have add extra virgin olive oils, a wide range of cheeses and bread. And it is this richness that makes the Douro so special. It connects sea, mountain, vineyards, orchards, plateaus, holm oaks, and cork oaks. And, here, we pay tribute to all of this bounty at mealtimes.

I always remember being on my parents' farm, getting my hands in the soil, touching the fruit and vegetables. That's where my passion for this world was born and above all my passion for the product. I started in Portugal, rather timidly, but it was in 2013 that I took a leap of faith and started my trip outside the country. I spent two years working in Paris, with Joel Robuchon. In 2015 I went to Shanghai to open the first Portuguese restaurant there, a very enriching experience! After a year I returned to Europe, to London, to work with Chef Eric Frechon at the Celeste, in The Lanesborough hotel - where I took over the leadership of the team in 2019 and earned a MICHELIN STAR in 2020/2021 . Arriving here, at Octant Douro, I was keen to rewrite Douro cuisine, honouring the river from its source to its mouth, paying tribute to typical products from both sides of the border, and adding my own touch of modern European creativity. 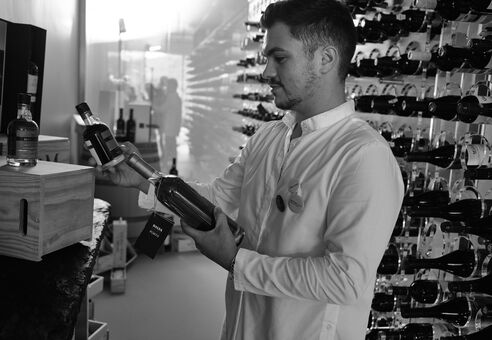 Signature gourmet restaurant with capacity for up to 70 people and with an outdoor terrace open in summer. Open for breakfast and dinner all year.

This site uses cookies to improve your browsing experience and provide you the best service possible. Continuing browsing the site you consent to their use. See our Privacy Policy.

Cookies and other similar technologies are an essential part of how our Platform works. The main goal of cookies is to make your browsing experience easier and more efficient and to improve our services and the Platform itself. Likewise, we use cookies to show you targeted advertising when you visit third-party websites and apps. Here, you will find all the information on the cookies we use. Furthermore, you will be able to activate and/or deactivate them according to your preferences, except for any cookies that are strictly necessary for the functioning of the Platform. Keep in mind that blocking certain cookies may affect your experience on the Platform, as well as its functioning. By clicking “Confirm preferences”, the cookies selection you have made will be saved. If you have not selected any options, clicking this button will be the same as blocking all cookies. For more information, please consult our Cookie Policy.

These cookies are necessary for the correct functioning of the Platform, and they cannot be deactivated on our systems. Generally speaking, they are configured to respond to actions made by you when requesting services, such as adjusting your privacy preferences, logging in to your account or filling out forms. You can configure your browser to block these cookies or alert you when they are present; however, some parts of the platform will not work without them.

These cookies allow us to count the number of visits and sources of traffic in order to measure and improve the performance of our Platform. They help us to know which pages are the most and least popular, and how many people visit the website. If you do not allow these cookies, we will not know when you visited our Platform.

These cookies enhance the functionality and personalisation of the Platform. They can be put in place by us or by third parties whose services we have incorporated into our pages. If you do not allow these cookies, some of our services will not function properly.